Vancouver, Canada: Men admire the newly installed memorial to the Komagata Maru, a ship carrying 376 passengers, mostly Sikhs from Punjab who sailed from Hong Kong to Canada in 1914 and were not allowed to land. The vessel waited in the harbor for two months while conditions aboard detoriated before being forced out to sea by the British navy. In the end, only 20 passengers were admitted to Canada, since the ship had violated the exclusion laws, designed to limit immigration from Asia. 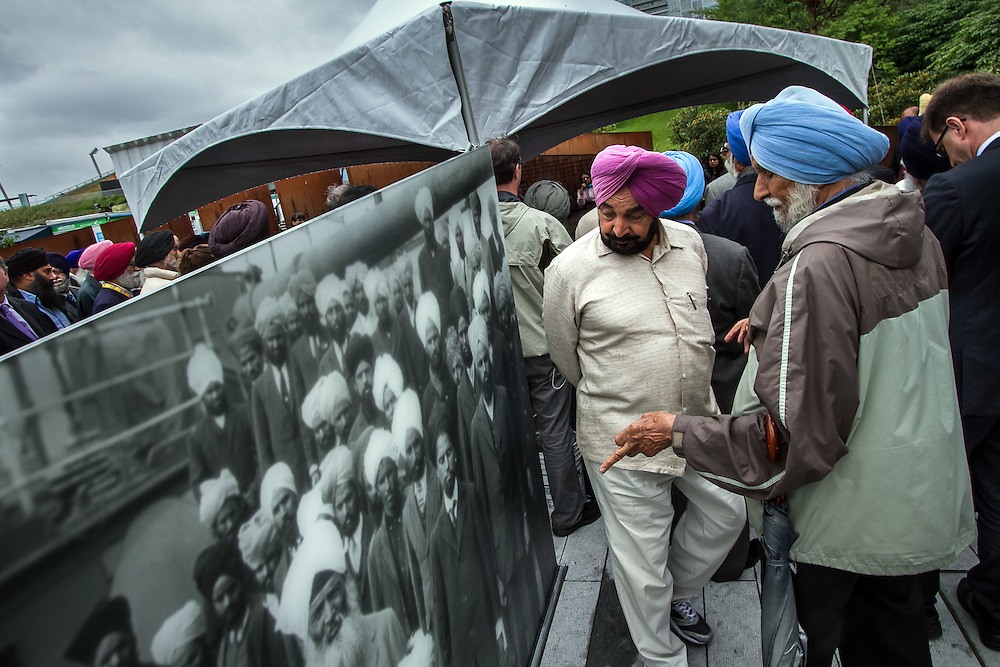