Mentakab, Malaysia: A British-educated labor lawyer in private practice, A. Sivanesan speaks in temples throughout peninsular Malaysia to raise money for the families of five Hindu activists who were jailed under the Internal Security Act and to encourage Indians and other minorities to stand up for their rights. He later won a seat in parliament as a member of the Democratic Action Party (DAP), Malaysia’s largest secular minority party. 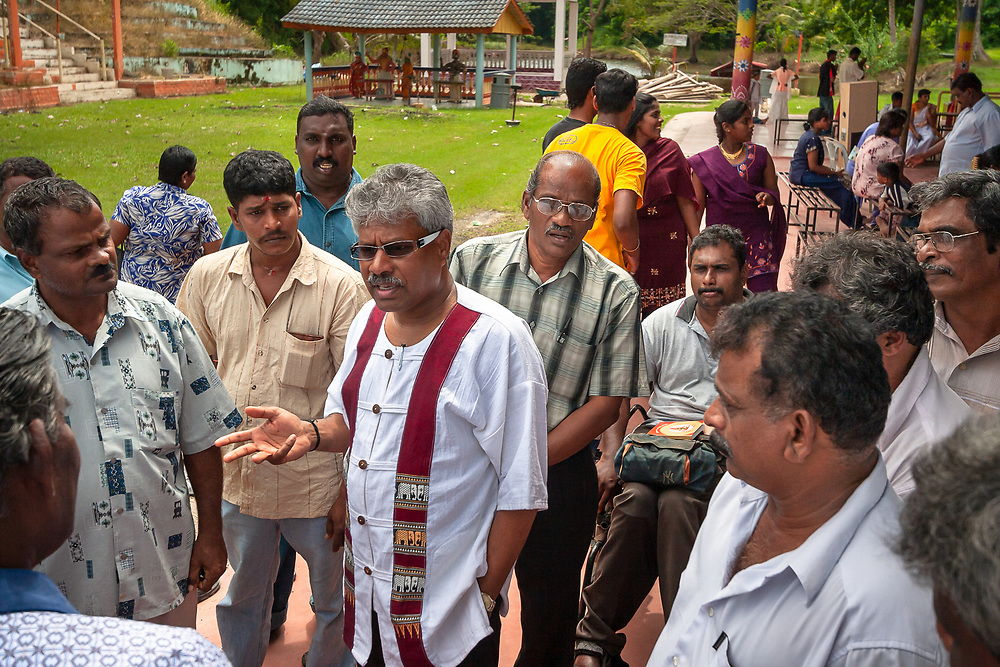