Lodi, California | 2014
A military honor guard presents Sukwinder Kaur with the American flag that had draped the coffin of her son. Parminder Singh Shergill, 43, who served in the US Army during the first Gulf War and struggled with mental illness, was shot by police near his home. Officers responding to a 911 call claimed he lunged at them with a knife. Witnesses disputed the police account. An investigation cleared the officers of wrongdoing. Shergill was buried with military honors. 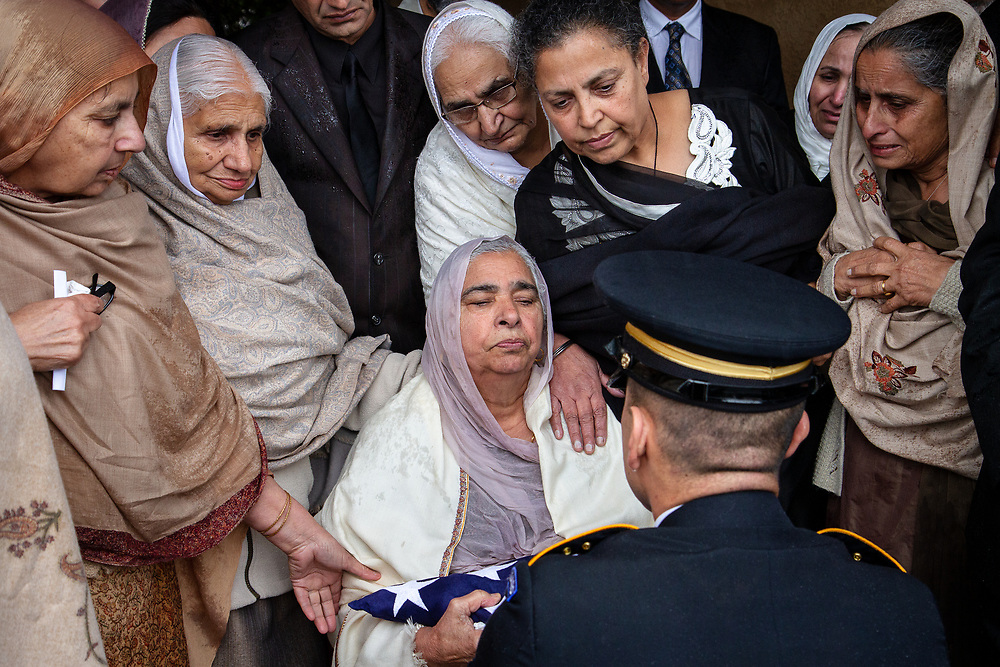