Durban, South Africa | 2005
A row of houses rises in the township of Phoenix on a former sugar estate near the site of Mohandas K. Gandhi’s Phoenix Settlement, a center of activism and spirituality first developed in 1904. The young London-trained lawyer fought for the rights of Indian laborers in the British colony and articulated his philosophies of non-violent resistance. It was in South Africa that he was first given the title Mahatma (“great soul”). In 1915 Gandhi returned to India to join and eventually lead its independence movement. 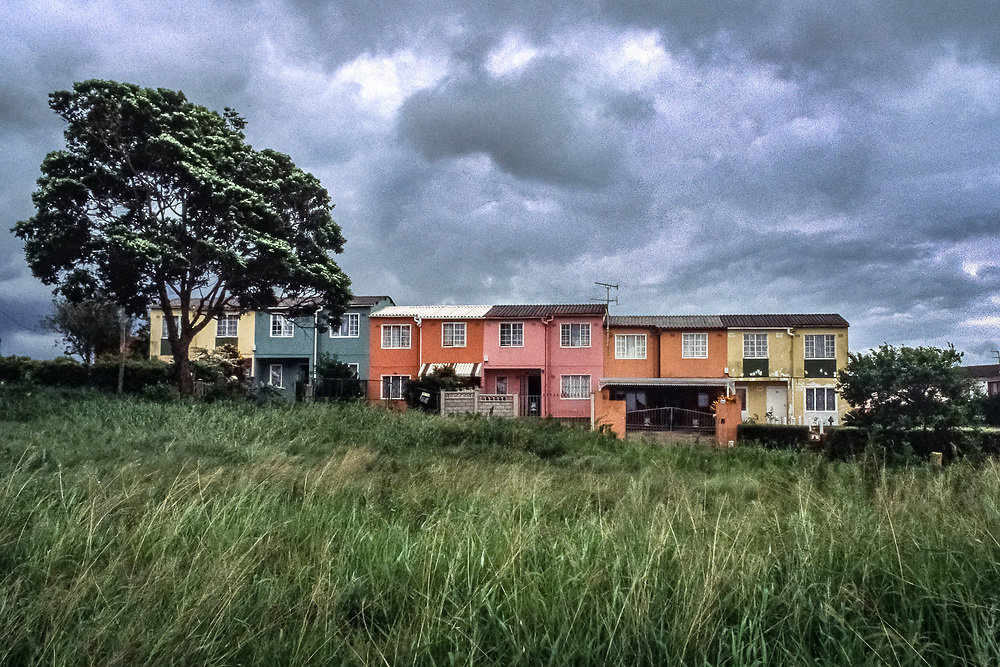